Diana Reese is an award-winning journalist, writer and editor with more than 500 articles published in magazines and newspapers and on the Web. She specializes in writing about health and medicine as well as women's issues, relationships and personality features. Most of all, she loves to tell a good story.

Her articles have appeared online or in print for Parade, The Washington Post, WebMD, Parents, Family Circle, Better Homes & Gardens, Yahoo! Shine, LifeScript.com, The Kansas City Star and more. She wrote exclusively on health for consumer and trade magazines no longer in print such as American Health and Contemporary Long Term Care and was a contributing writer to The Duke Encyclopedia of New Medicine (Rodale) and other book projects. Reese has also done theatre and restaurant reviews, greeting card sentiments and packaging copy.

Before embarking on her freelance career, Diana worked as an editor, first at Missouri Life magazine and then as a senior editor at Whittle Communication where she supervised Dental Health Adviser, SkinCare and Funnnies (yes, it has three n’s). She launched the company’s first international publication, an English-French version of Dental Health Adviser, in Canada.

Her interest in medical writing was sparked when she did media relations for the University of Missouri Schools of Medicine and Nursing. Her media releases resulted in placements around the world, including radio interviews in Great Britain and Australia with MU faculty members. Her feature packages on organ donation and skin cancer topped more than 100 local and national placements (back in the days before things went viral on the Internet).

Diana’s cover story on Alzheimer’s disease for Contemporary Long Term Care was a finalist for the Jesse H. Neal Award in feature writing. Her work as editor of the University of Missouri’s faculty/staff newspaper and her media packages won numerous awards from the Council for the Advancement and Support of Education.

Diana earned her bachelor of journalism degree from the University of Missouri. She spent a semester in Paris, France where she studied at the Alliance Française. She paid for college with scholarships and part-time work. 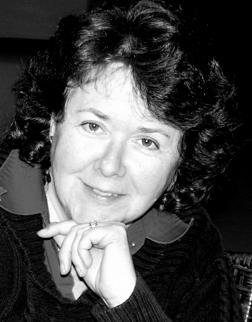